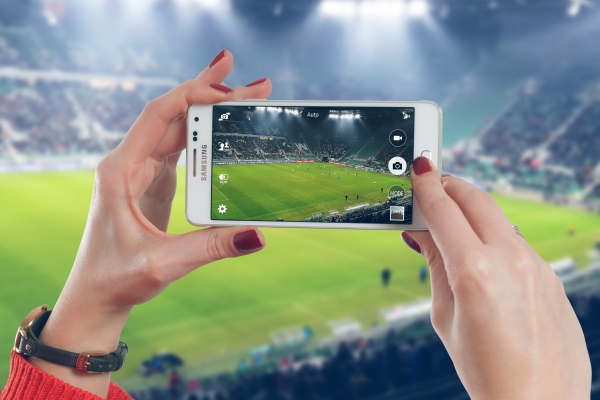 In recent months there have been countless academic studies devoted to these subjects and especially the dire prophecies from Elon Musk or Stephen Hawking, regarding an artificial intelligence (AI) age that is rapidly approaching and promises to make most of our jobs redundant.

Many people do not pay much attention to people like Gary Heseltine, Timothy good, and Richard Dolan but they all have things in common with the subject of hidden technologies and in most cases UfO’s of all things.

If you pay attention to A McKinsey and Company report published earlier this year it is estimated that more than half of the world’s activities could be automated within 40 years.

Even football will not be free of its effects in the long run.  From hypothetical models mapping out the tasks to be done in order to attain the required goals of both the club and their respective future.  Jobs requiring repetitive tasks and data collection are most at risk but the robotic takeover does not begin and end with ultra-efficient document checking.

In fact, it is far from just that aspect.  In the two decades since IBM’s Deep Blue computer beat grandmaster Garry Kasparov at chess, artificially intelligent machines have learned to create art and now to even compose symphonies.

So who is to say that AI could not eventually park a bus better than Jose Mourinho, search for perfection of free flowing beautiful football better than Arsene Wenger or find the next super star forward before anyone else can?  The answer is the more AI moves ahead and using the introduction of moors law (the expediential increase of computing power in computer processing speeds) the faster this new dawn will approach us all.

This season’s introduction of the potential expected goals or (xG) metric which at its core, aims to measure how effective a team’s attacking play is to the mainstream via its use on “Match of the Day” for example, demonstrates the increasing sophistication of statistics in the current day game.

All top flight clubs have their own analysis departments working flat out.  Arsenal has even bought an entire company specializing in these fields.  All the time while modern players act as endless data providers, spending their time linking up to various GPS trackers and biometric devices to analyze their actual performance and see how and where it can be improved.

“The complex analysis of the data streams provided by match and plays statistics have been increasing for some time we feel it would be a natural progression to bring in AI” – Data experts from sports betting company Bookmakers.tv who deal with data day in day out to forecast betting odds.

With the sheer wealth of granular data fast increasing and threatening to “exceed” our ability to interpret it, some companies, like Dutch start-up SciSports, are using machine learning technologies and other systems that can implement and copy tasks they’re not explicitly programmed for.  At the end of the day its all about crunching the numbers to get the best-predicted outcome.

“Currently AI doesn’t take into account the context of all situations.  A system is being built that calculates the game state of nearly every action from injuries to red cards helping to determine what the chances really are of the outcome before and after a pass takes place. Then we can add the “x” value into every calculation that happens on the pitch.”

All of this data adds up to the most accurate picture we can get from all of the combining factors.  The speed of computing coupled with the speed of our learning is increasing the potential every day of AI systems.

Scouting routinely takes into account a player’s abilities and statistics, which help to provide a clearer overall picture of how they have already performed.  Adding to this working out how a player may develop in both the near and long-term future is still mostly reliant on a sage-like intuition of the scout.  With the implementation of higher degrees of AI, this is set to change.

The company SciSports, for example, is now using machines designed with learning at its core in order to change that with a product called Insight.

In a quote from 26-year-old Brouwer of SciSports, says:-

“It effectively can examine how a player’s game is actually improving and then look for players who have demonstrated closely matching growth in their performance as a whole,” “It has worked out how good those older players were at their peak performance levels, to then give an accurate synopsis of their potential future ratings.

“The most incredible thing about machine learning is that it can cope with such large amounts of data quickly.  While the initial models were not using “machine learning” but when we saw how well the improvement went we began to include it in the systems models.”

At this point, it’s not just about assessing players with AI but it can also help football clubs in the transfer markets in general, but additionally with attempting to work out which clubs are likely to be buyers or sellers.

Together with breakthroughs in discovering new genes related to things like motor neuron disease IBM’s pre-eminent supercomputer “Watson” can rapidly analyze reams of historical transfer data and in fact, this summer it predicted where players would move to with 63 percent accuracy.

In addition to calculating the performance, current stats taking up space on clubs’ hard drives is physical data on some of the top players whose prolonged absence from a team could be worth millions in wasted wages alone.

The Silicon Valley-based Kitman Labs is providing Premier League clubs, as well as leading teams (and a host of other sports) with MLT (machine learning technology) capable of analysing millions of additional data points observed on each player and other multivariate contexts in which injuries can or could occur in order to uncover their own unique stress responses and combat future issues that may potentially arise.

AI is currently being used for off-field ventures as well.  The data company Sportradar, is working with a large number of other football leagues right across Europe as well as the USA’s NFL and NBA, using ML to clean its data up, perform deep spectrum analysis and even build visualizations of many of the future aspects toward rapid improvements on performance and planning.

"In an ideal world, you would want to be more 'hands-off' because you don’t want the contamination of a human mind to affect the process," Sportradar senior vice president of product management and technology Ashok Balakrishnan says. "Once you train the machine, you want it to be making its own data-driven conclusions based on the best information you have on any given subject."

The Californian company GumGum, uses the latest image recognition technology to scan through the web to assess how far the sports sponsorships of the likes of Toyota and McDonalds proliferate, helping blue-chip companies to better evaluate their inventories.

The football’s “war against the machine” is looking to be pretty much done before the masses even knew it had begun.

An Oxford University study from 2013 ranked “athletic trainers” as the 35th least-likely occupation eventually to become automated making the position safer than physios, chief executives, statisticians, and even athletes themselves.  The robotic sector is booming but most of all it is speeding up faster than anyone really thought possible.  The faster the computing power grows the quicker it will change the “great game” forever.